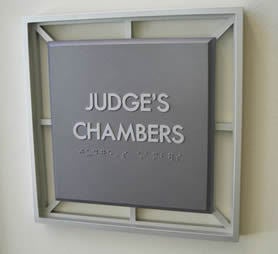 Behind Closed Doors with a Georgia Judge

Anyone who sits through a hearing in family court is likely to hear one of the parties suggest a “pretrial” with the Judge.  Many attorneys love pretrials and jump at the opportunity for a pretrial, which means they are less likely to have to present their entire case at trial.

Clients tend to be more skeptical of pre-trials and for good reason.  Attorneys typically agree to a “pretrial” without consulting their clients, leaving the client alone in the courtroom wondering what a pretrial is and how it could impact their case as their lawyer disappears into the Judge's chambers without them.

Pre-trials in family law cases typically refer to meetings with the Judge during which each lawyer presents a short synopsis of their case or an issue in the case and the Judge gives his or her initial opinion of how he or she views the evidence.

The Judge will usually listen to both parties and then say something like, “in cases such as this, I typically rule as follows……”  This gives the parties an indication that the Judge is leaning one way or the other and may often shortcut the case or help persuade the parties to settle.

So what harm could possibly result from a pretrial?

Pre-trials can and often do prejudice one side or the other.  They are particularly harmful when one lawyer knows the Judge better than the other lawyer or when one lawyer is better able to quickly convey the essence of his or her case to the Judge.

In cases with a unique set of facts that are difficult to sum up in a sentence or two or where one party's lawyer does not know the Judge as well, it is often better to try your case in open court and force the Judge to hear all of the evidence before deciding the outcome.

I have seen more lawyers misuse pre-trials than use them for legitimate purposes.  Lawyers can misuse a pretrial and throw their clients under the bus in a pretrial by admitting bad facts or suggesting an outcome other than what the client desires.  In doing so, the lawyer can cause irreversible damage to the client's case.  In other instances, I have seen lawyers misstate the evidence in a pretrial and permanently prejudice the Judge's opinion of the other party's case.

The Georgia Supreme Court has been critical of pre-trials because they circumvent the normal litigation process and can lead to unjust outcomes.  Many Judges have been sensitive to these criticisms and outright refuse to allow any pre-trials.  Those Judges require that everything be said in open court with the clients present or not at all.

Keep in mind that you, as the paying client, have to determine what your comfort level is when a pretrial is suggested by one of the lawyers.  If you don't have 100% confidence that your lawyer will vigorously protect your interests at a pretrial, don't hesitate to speak up and say that you object, in which case the Judge will not allow it to go forward.

For more information, join the discussion at the Georgia Divorce Network.