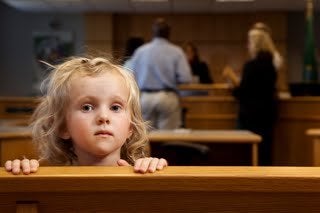 If you are in a custody case, prepare for battle…

Custody cases are no picnic.  They tend to bring out the worst in people and they are very difficult on children, who oftentimes feel like they are caught in the middle.

Before you take the plunge, think about the following:

1. Conduct counts.  A lot. How much time you spend with your children and what you do when you are with them means everything to the Judge.  Are you dropping them off at a babysitter's or parking them in front of a TV?  Or are you taking them for swim lessons and going to birthday parties with them?  Need I add which one comes across better at trial??  Do everything you can to ramp up your quality time with the children—from meeting them for lunch during the day to maintaining regular contact with their teachers to attending school functions.

2. Do you enjoy tormenting the other parent by ignoring their phone calls?  That's not good. You should allow plenty of time for the kids to speak with the other parent and avoid playing games. If the other parent calls, don't put them on a speakerphone or monitor the conversation.  Try not to put time limits on the phone calls or limit them in any way.

3. Despise talking to the other parent?  That's not good either. You are supposed to be co-parenting.  That means you may have to pick up the phone from time to time and speak to them.  You need to let them know when the children are sick, go to the doctors or have a parent teacher conference or something else going in their lives.  Be the open, inclusive parent who goes out of his or her way to make sure the other parent is kept informed and in the loop.

4. Take the Time to Document Everything. The only way to avoid a “he said, she said” is to document everything.   Judges have no idea who is telling the truth (or more of the truth) and really on documentation a great deal.  If you document the phone calls, text messages, emails and other communications, the Judge is more likely to adopt your version of events than the other parent.  Just make sure you are scrupulously accurate with everything you document.  Don't write down that she only allowed the child to speak with you for 5 minutes if the call lasted 15 minutes and you were the one who ended it.  Be sure to be detailed and accurate with everything you document.

5. Be Prepared to Pay.  Custody cases require a lot of attorney time. They are hard fought battles because the custodial parents doesn't want to give up primary contact with the children or the child support that goes along with it and the noncustodial parent wants to reestablish primary contact and put and end to paying child support.  There is a lot at stake in custody battles and nobody goes down without a fight.  Your lawyer can spend more time on a custody case than any other kind of family law case.  Be prepared to pay his or her fees timely if you want to see the case to the end.  And, if you lose the case, you may end up paying the other party's attorney's fees as well. Still considering a custody battle?  If so, make sure you go in with open eyes, be the absolute best parent you can be and follow your lawyer's advice about everything.

For more information, join the discussion at the Georgia Divorce Network google+ Community.